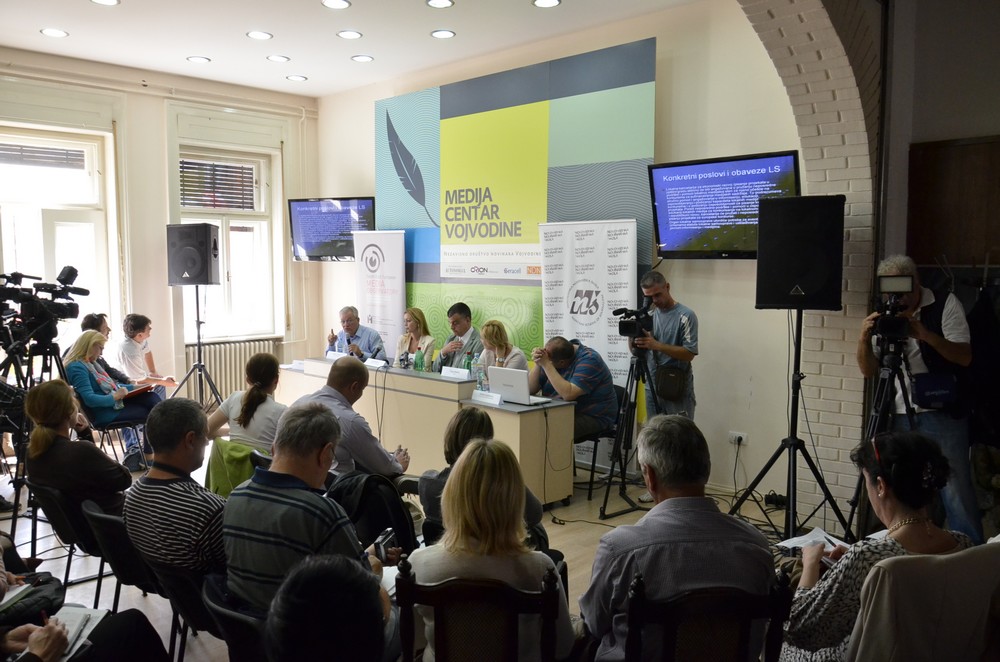 Financing and privatization of media

One of the most important things that media representatives have to understand is that according to the new media laws, the state will no longer finance the media, but only media products that promote the public interest, as was said at the “Financing and privatization of media according to the new media laws” roundtable on October 10th in Novi Sad.

At the roundtable the speakers emphasized that allocation of funds on a competitive basis will be done by an independent committee and that the media workers must learn how to write project proposals.

Participants appealed to the local governments not to reduce the funds that have already been allocated for funding of public information.
In front of more than 60 representatives of local media the following panelists spoke: State Secretary at the Ministry of Culture and Information Sasa Mirkovic, representative of the Agency for Privatization Branka Krkljes, Chairman of the Executive Board of the Independent Association of Vojvodina Journalists Nedim Sejdinovic, and Tanja Maksic from BIRN Serbia.

The roundtable was organized by the Novi Sad School of Journalism and the Independent Journalists’ Association of Vojvodina, in the framework of the South East Europe Media Observatory project, financially supported by the European Commission.