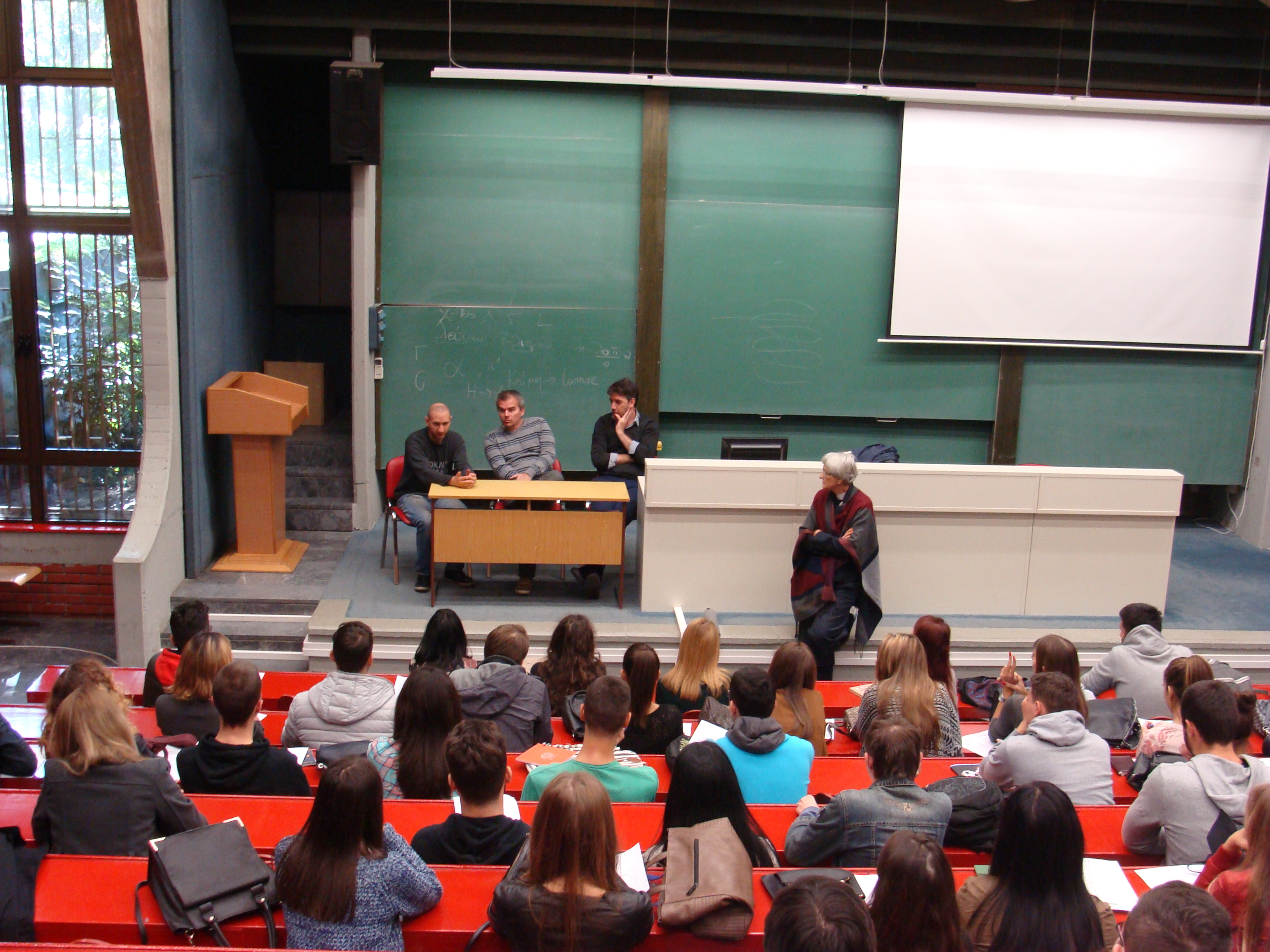 It takes courage to be a journalist

Three winners of the EU Award talked with the first year students of media studies about investigative journalism on the October 6 at the Faculty of Philosophy at the University of Novi Sad . The winner of the first award, Aleksandar Đorđević, shared his personal experience from his beginnings of his career with the students and also encouraged the young people coming from the smaller cities, not to cave under the pressure of a big city and the unknown. The winner of the second award, Darko Šper, stated that it takes real courage to be a good journalist and that the biggest problem of that profession in Serbia is auto censorship. Novak Grujić, who shared his award for best story by young investigative journalist with Snežana Đurić, shared with the students his experiences about investigating and pointed out the essence of checking the information with multiple sources as the key of being a professional and a good journalist.

First prize winner, Aleksandar Đorđević, was chosen by the majority vote of the jury. His investigative story “Pumping of digs and budget” has been published in the weekly Vreme in January 2015. His article about the Tamnava coal mine rehabilitation caused a great public debate about corruption and waste of budget money. The second prize was given to Darko Šper from investigative centre Voice, for the series of articles dedicated to the judical process for forbidden neo-Nazi organization Nacionalni stroj. This year, EU Award for the best young investigative journalists has been awarded for the first time. By unanimous decision of the jury it went to Snežana Đurić and Novak Grujić, for the series of articles “Municipal radar”, published on the website “Pištaljka”.