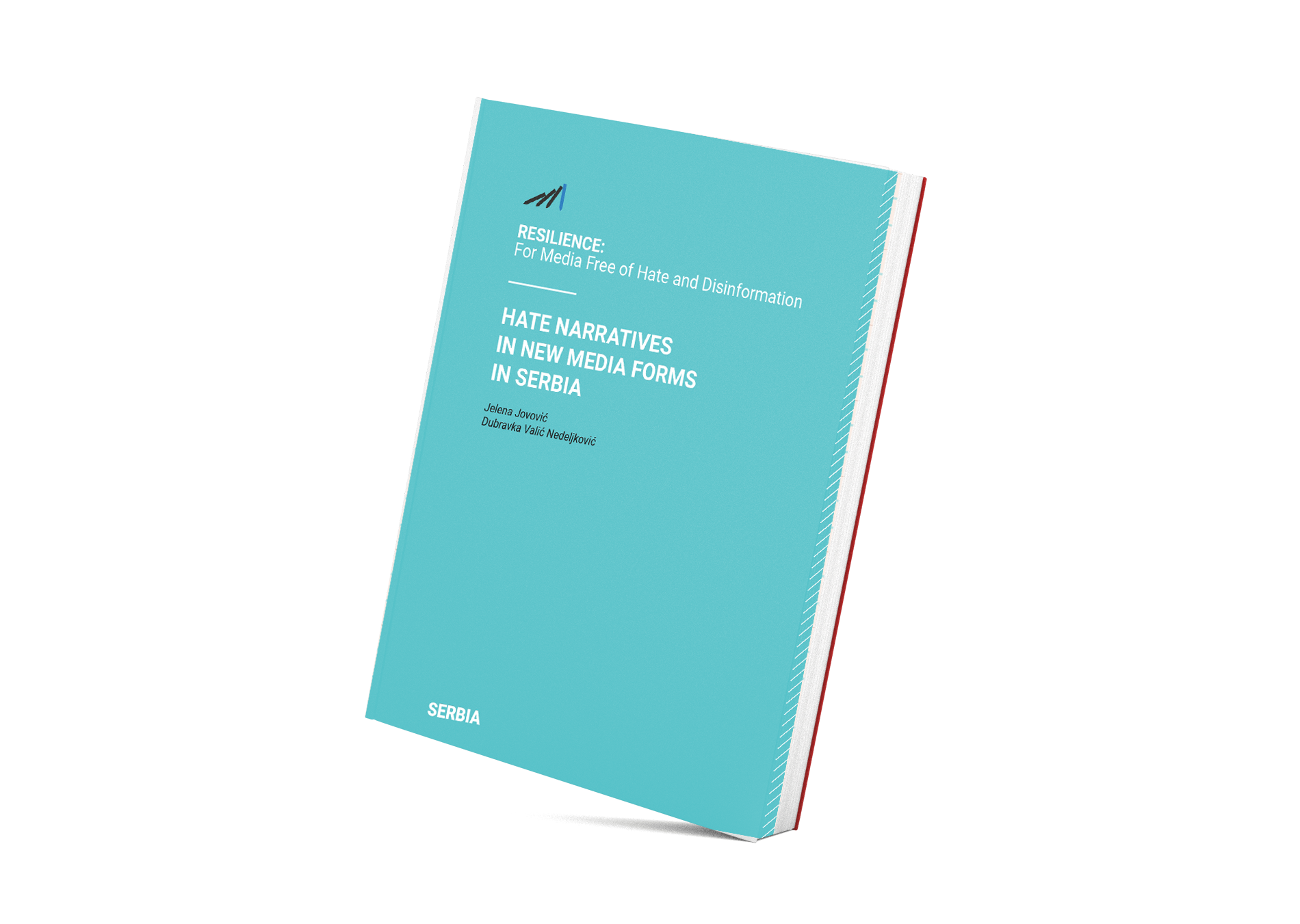 This research aims to identify the main patterns and examples of hate and disinformation narratives in the new media in Serbia are; actors and events that serve as the main generators of hate narratives, and the main ideas and messages being disseminated.

This report also provides an overview of prevention and ex-post actions to combat hate and disinformation narratives in Serbia.

Online media close to government and extremist groups that have found fertile ground for spreading their ideas in the current socio-economic context have been identified as the main generators and spreaders of hate narratives. However, hate narratives are also registered in the online media commonly considered socially responsible and critically oriented, as well as in independent media.

The basic ideas and messages that are sent are not new. They come down to the threat posed to ‘us’ by ‘those’ who threaten us. The narrative’s basis is the same in all analyzed cases, whether ‘they’ are migrants, politicians belonging to the opposition and the government, or journalists.

What is worrying is that a significant share of messages/narratives call for action against migrants. When it comes to political opponents, criticism often descends into discrimination and hatred based on gender or sexual orientation.

This research also confirmed that the largest number of messages of hatred and negative comments are found on Facebook and user comments on media content. As user comments on media reports are subject to moderation and governed by rules that media outlets define themselves, it can be concluded that media outlets filter messages according to the narrative they want to generate.

With social networks, the filtering level is much lower, both with Facebook pages where the media outlets promote their content and with Facebook pages of the groups that gather like-minded people. Media outlets obviously consider that there is no editorial responsibility for user-generated content on social networks even when it is featured on pages they administer.

However, as can be seen from the analysis of legal and normative actions to combat hate narratives, appropriate means and mechanisms do exist; it is only necessary to ensure their adequate and non-selective implementation, the research concludes.

This publication was produced within  Resilience: Civil Society for Media Free of Hate and Disinformation, a regional project financially supported by the European Union and implemented in the Western Balkans and Turkey by a consortium of media development organizations led by SEENPM. It is part of a series of publications on the same general topic focused on hate narratives researched in Albania, Bosnia and Herzegovina, Kosovo, Montenegro, North Macedonia, Serbia and Turkey (all publications are available on the SEENPM website).