During the yesterday’s public hearing in Studio M in Novi Sad, the drafts of the two laws were presented- the Law on Electronic Media and the Public Service Broadcasting Law. Deputy Minister of Culture and Information Sasa Mirkovic announced that the two laws, together with the Law on Public Information will be found in the Government in the next few months.

State Secretary at the Ministry of Culture and Information Gordana Predic explained the steps of the legislative process.

-The drafts of these laws are being presented on public hearings, and then going to the Ministries for opinion, then in Brussels, after which they will be referred to the Government- Predic said.

According to her, after the public hearing the procedure will last two to three weeks, and she is hoping that the Government will discuss them at the end of November.

As for the financing of the public broadcasting services, Mirkovic said that the draft of the Public Service Broadcasting Law, according to which the Radio Television of Serbia and Radio Television of Vojvodina in the next two years would be financed from the state budget, was submitted to the Ministry, but is for now just a suggestion.

-You already know that the Serbian government has proposed some economic measures to rationalize financial operations and savings within the public sector, so that in this sense, the government will decide whether public broadcasting media should be fully funded from the state budget or if it should be a combined model of funding, which would in a way keep the subscription, Mirkovic said.

He pointed out that the draft of the Public Service Broadcasting Law specifies the budget funding to lasts for only two years, but that this does not exclude possibility for other possible time frames which would fit in with the model of financing. 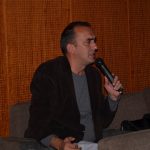 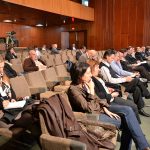