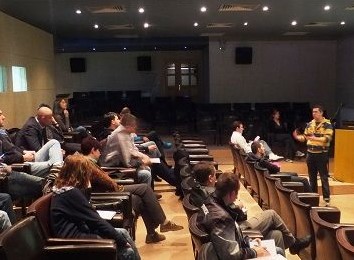 What is considered as corruption in the police? What are the “tools” which would be good to use in order to explore this phenomenon? These were some of the topics discussed at the first training held for representatives of member organizations of A-COP group. The training was held from 31st of May until 2nd of June in Mokra Gora and it gathered representatives of the Internal Affairs Division of the Ministry fo Interior (the IAD), as well as the Center for Investigative Reporting in Serbia (CINS).

Introductory presentations were held by BCSP researchers, Predrag Petrović, Saša Đorđević and Marko Savković. They carried the knowledge and experience gained during the implementation of several projects related to training, the most important one being “Map of the risk of corruption in the security sector of Serbia.”

On the second day of training -Saša Đordjević tried to determine the extent to which the organizational culture of the police could be taken as the cause and starting point of corruption. This was followed by the panel in which participants freely discussed with representatives of the IAS.

The main problems of the Internal Affairs

The representatives of the IAS brought the following problems to the forefront: the lack of people available (there are four regional offices of this Department for about a hundred police officers, while the needs are estimated at four to six times that number); lack of funds needed to purchase more modern equipment; and also some problems related to the management of human resources, such as mentoring and career guidance for officers who have just entered the service. The expected transition to the so-called prosecutorial investigation is also seen as a risk, when you review the current state of the prosecution or the police.

Having presented three cases of recent practice of the Department, the panelists pointed out that they are counting on the support of citizens, that everyone is free to choose whether or not they want to report corruption. They added how citizens have no reason to fear any future reprisals, to the extent to which they are willing to persevere in their collaboration with the IAS; so to speak, refraining from such cooperation would just be doing a favor to the criminals.

Most of the training program was carried out by investigative journalists from the CINS- Branko Čečen, Bojana Jovanović and Stevan Dojčinović.

They presented the experience gained by working on award-winning researches of the connections between organized crime and politics. They also shared their skills: how to establish and cultivate sources of information: which are the supporting acts without which it is impossible to realize a good interview; as well as what can be achieved by using the right of free access to information of public importance. Finally, there are many ways of searching for information on publicly accessible databases, and even if these do not contain the information that is being investigated, they may help build case studies.

BCSP Executive Director- Predrag Petrović gave a presentation on the case study as a research method in order to prepare members of the A-COP group for individual case studies. He presented all the elements that each of these five case studies need to have, while the participants took the opportunity to clarify issues related to the research.

Training ended with the signing of the Declaration of Intent (see the attachment) – in which representatives of the organizations expressed their willingness to work on this project effectively and by doing so contribute to the fight against corruption in the police.

The second training was held from 20th to 22nd of June, with the aim of raising the capacity of A-COP group members in communication and promoting project results.

This report was prepared by the BCSP researcher, Marko Savković 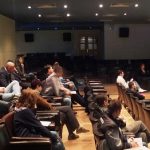 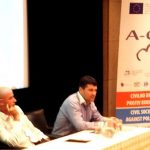 Tweet
Share
Pin it
Previous StoryWhat do you think about freedom of the media in Serbia today? Next StoryStart of the project on the impact of right-wing extremism in Serbia and Croatia