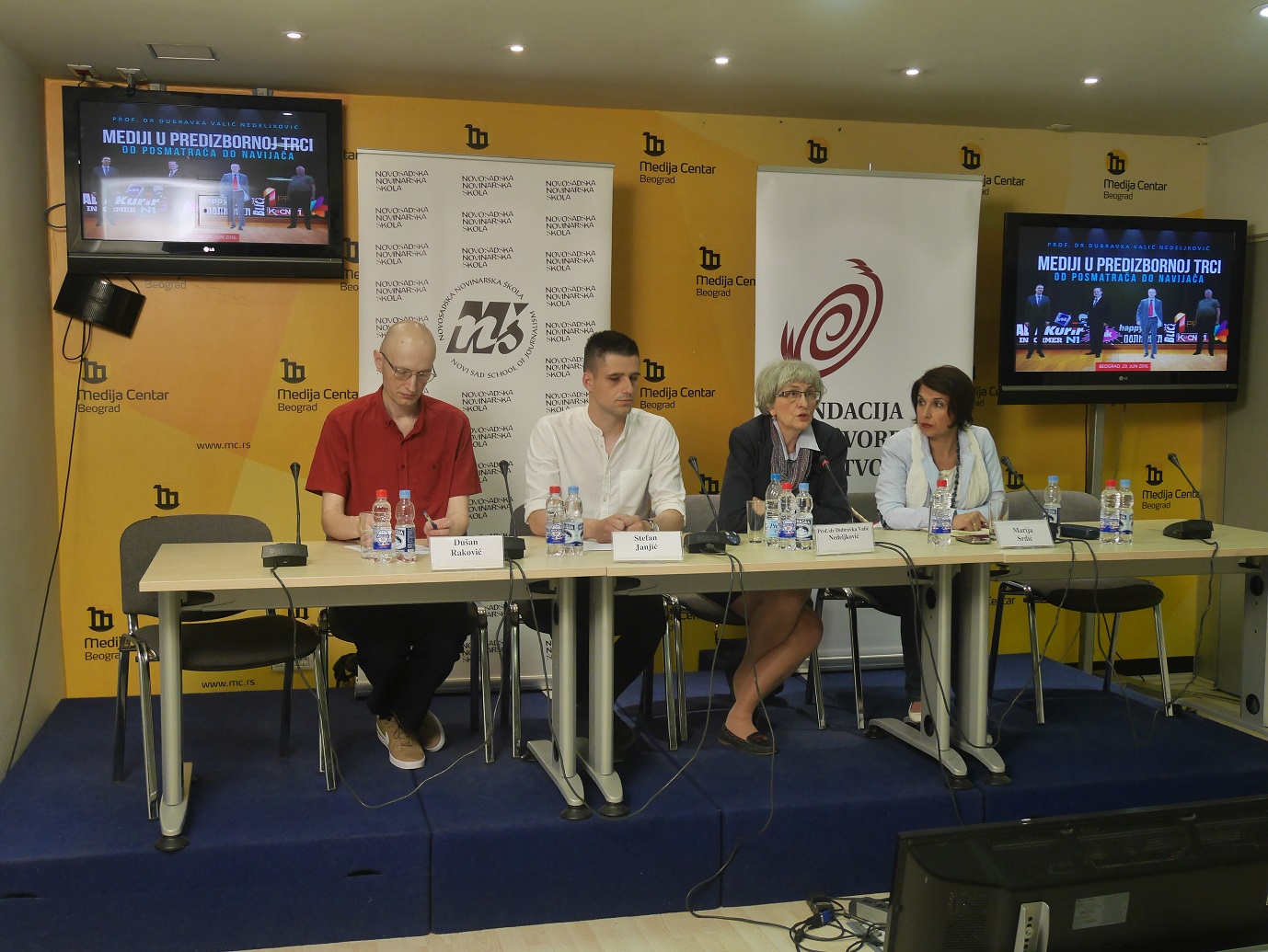 Media in pre-election race: from spectators to supporters

Novi Sad School of Journalism presented the final results of the media monitoring conducted during the election campaign in Serbia. The results showed distinct media bias towards the rulling party, Serbian Progressive Party, and its leader Aleksandar Vučić. Election coverage in media was characterized by a large proportion of pseudo events, lack of balance and instrumentalization of crisis situations.

A total of 107 media outlets is monitored: 40 TV stations, 8 radio stations, 30 print media outlets and 20 websites. On the basis of perceived violations, Novi Sad School of Journalism filed three complaints: two of them to the Regulatory authority of electronic media and one to the Press council. As a result of the compaiment one pirate radio station – Radio Grmeč, which openly supported one political option – ceased to exist.

Serbian Progressive Party was the most frequent one in almost every analized media outlet. Total presence of SPS in public service broadcasting reached 25% (Radio Television of Serbia) and 31% (Radio Television of Vojvodina), which made their frequency up to three times higher than of any other party. A similar ratio was presented in the commercial media outlets: SPS is the most frequent party in election coverages, from 32% (TV B92) to 65% (KCN). Two TV stations with national coverage devoted special programs to the PM Vučić, while his pre-election rallies were broadcasted live on several local TV stations. In the same time, opposition parties did not use their (already modest) presence in media for promoting their ideas or programs, but for a confrontation with SPS.

Dubravka Valić Nedeljković from Novi Sad School of Journalism stated that this year’s campaign started before the official announcement. It was mostly based on pseudo events and coverages about confrontations between parties, with a lack of analytical approach, creativity, vulnerable groups visibility and tolerance. Monitoring of local media outlets showed the interface of media ownership and the manner of reporting on election campaign. Extensive reports about election campaign will be published on NSSJ website soon.