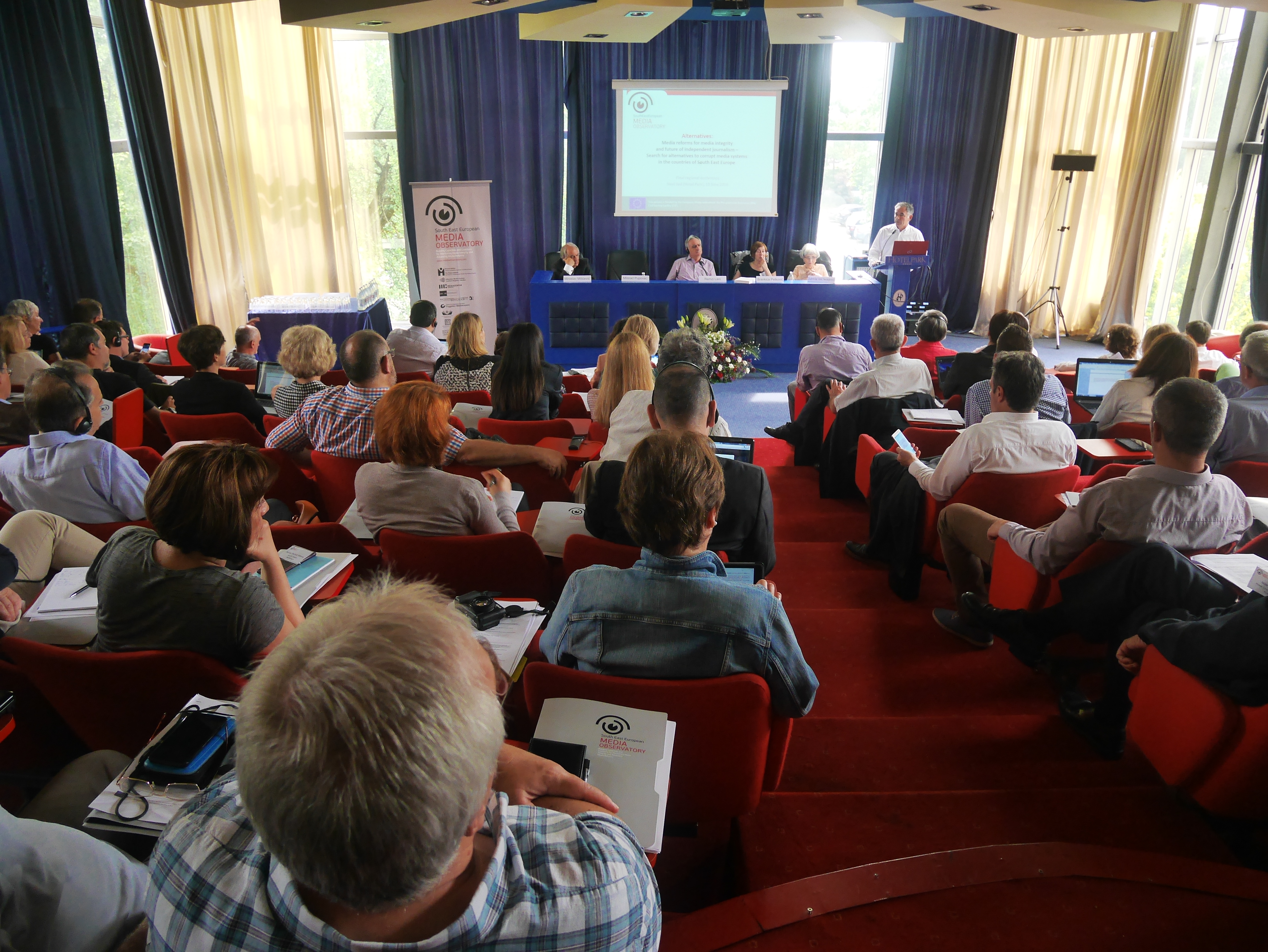 More than 70 media experts from Europe took part in the final conference of SEE Media Observatory, which was held in Novi Sad on June 13, under the name “Alternatives: Media reforms for media integrity and future of independent journalism in the countries of South East Europe”. This was an opportunity for the presentation of the results of media research conducted in the Western Balkan countries, but also an opportunity for discussing alternatives to current media systems, relations and practices which obstruct media integrity in the countries of South East Europe.

During the six panels, several important issues have been tackled, some of which are emancipatory media policy, leaders in media and journalistic community, future of journalism, the role of the media regulators and alternative models of media funding. Media in South East Europe is still very far from the required standards, judging by presented articled, according to which editors are „closer to owners than to journalists“ (Serbia), „under threat and political pressure“ (Macedonia), and „divided to the detriment of the profession“ (Montenegro)… Similar conclusions could be made for the sphere of media regulators, which independance is seriously undermined in Western Balkan countries due to political pressure. Panel dedicated to the future of jorunalism raised questions about the changes in the domain of technological preconditions in journalism, as well as the changes in audience habits. Despite the numerous negative tendencies, participants expressed optimistic belief that quality journalism and reliable information will always attain space, time and public.

A discussion about the manifesto „Towards Media Policy in the Service of the Public“ has been launched at the end of the conference. This document underlines that a radical media reform has become an exigency in South East Europe, due to a serious devastation of media systems. According to the manifesto, radical reform calls for an active involvement of the government, obliged to provide and protect the communication rights of people. Some of the demands set out in the manifesto are the definition of clear criteria for allocating public funds to the media, the uncompromising transparency of media ownership and of direct and indirect public funding, the prevention and sanctioning of any attempt on the part of various political groups to close down or silence a public media outlet, as well as the legal mechanisms to protect and strengthen editorial autonomy.

Conference was held on the same day as the protest of „Podrži RTV“ initiative (Support RTV), established after the unsubstantiated dismissal of 14 editors and journalists of Vojvodina’s public service broadcasting. Dunja Mijatović, OSCE Representative on Freedom of the Media, assessed the changes in RTV as „worrying“, while Dubravka Valić Nedeljković from Novi Sad School of Journalism stated that dismissals have political background, reminding that citizens are those who are mandated for the evaluation of the public service.

Tweet
Share
Pin it
Previous StoryWinners of the EU Award for Investigative Journalism announced Next StoryMedia in pre-election race: from spectators to supporters