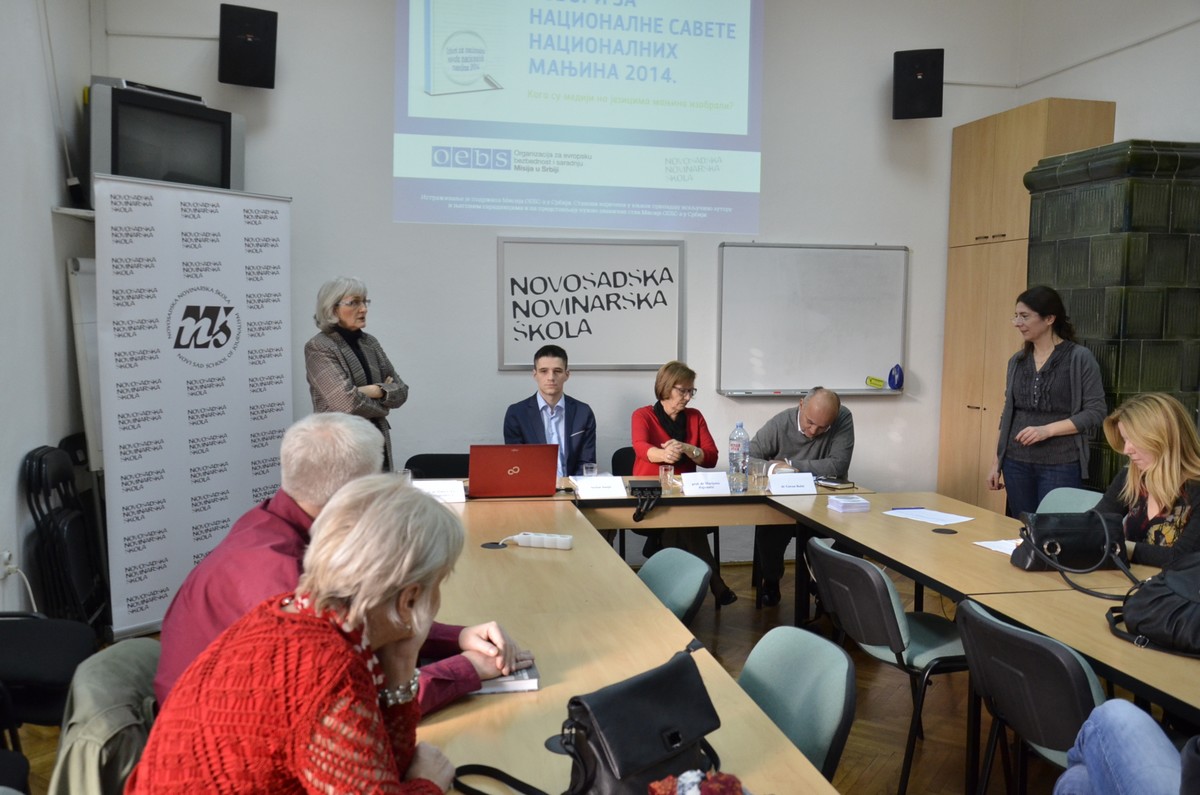 The most noticeable violation of professional standards in reporting on Elections for the Members of the National Councils has been shown in media outlets in Bosnian, Albanian and Hungarian language – said Dubravka Valić Nedeljković, editor of the collection of reports Elections for National Councils of National Minorities 2014 – Whom did the media in minority languages choose?

Media discourse analysis has shown that among the candidates on electoral lists journalists often appear, which can not be regarded as an example of good practice, considering that the Code of Journalists of Serbia stipulates that journalists can not participate in political campaigns, neither in the work of state bodies or institutions. , Abuse of authority was clearly visible in elections for the Council of the Hungarian community: mayor of Subotica as well as director of the Cultural office of Hungarians in Vojvodina supported the electoral list “Hungarian Concord”.

The crudest disrespect of professional standards has been shown in media outlets from Sandžak, to the extent that the media openly supporting one of the two nominated list, grouped into two opposite camps. Editorial policy has been dictated by funding source in many cases, so analytical and unbiased reporting was very rare. Decade of Roma inclusion was in the focus of Romany media outlets, while Croatian journalists were mostly interested in discussion about the issue of Bunjevacs nationality.

Dr Goran Bašić (Center for the Study of Ethnicity) said that policy that promotes multiculturalism in Serbia isn’t developed enough, and therefore is very important to create legal framework which would enable the full realization of the minority rights. Professor Marijana Pajvančić explored normative basis for exercising the rights of national minorities, and came to the conclusion that regulation in the field of culture and information is very superficial.

The research Elections for National Councils of National Minorities 2014 – Whom did the media in minority languages choose? was conducted by Novi Sad School of Journalism, with support of Organization for Security and Co-operation in Europe.