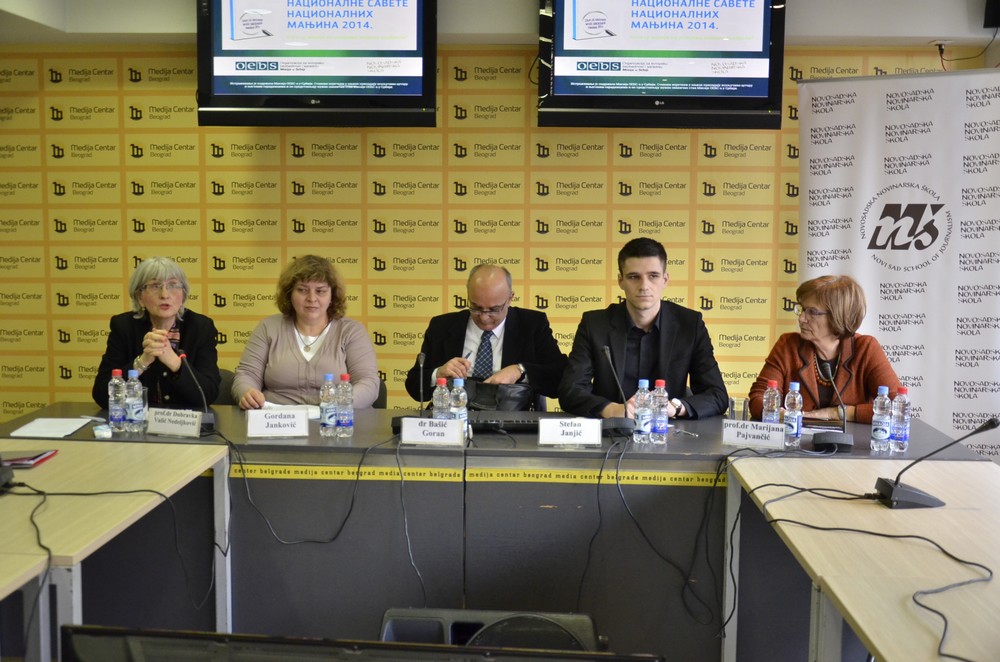 The discourse which was used by media outlets in languages of national minorities during the electoral campaign for national councils has largely resembled the discourse of parliamentary elections, and large number of journalists ran for the election lists, in this way violating the Code of Journalists of Serbia – emphasized prof. Dr Dubravka Valić Nedeljković at the presentation of the collection of reports “Elections for National Councils of National Minorities 2014 – Whom did the media in minority languages choose?” in Media center in Belgrade.

Gordana Janković (OSCE Mission to Serbia) said that results of this study are important because they show how the media in languages of national minorities operate today. This information will be very useful in 2015, when these media will have to face the reforms foreseen by law.

Goran Bašić from the Center for the Study of Ethnicity talked about the problem of financing the electoral lists, because of which some media were “more equal than the others”, and consequently brought into question the legitimacy of the elections. Bašić also talked about other “black holes of multiculturalism in Serbia” – the problem of political representation and decentralization of minority self-government.

Professor of constitutional law Marijana Pajvančić recently analyzed the laws concerning national minorities, and came to a conclusion that there are norms that regulate the same situation in different ways. Professor Pajvančić pointed out that the biggest problem is the fact that there is no procedural rule that protects minority voice.

The research “Elections for National Councils of National Minorities 2014 – Whom did the media in minority languages choose?” was conducted by Novi Sad School of Journalism, with support of Organization for Security and Co-operation in Europe.