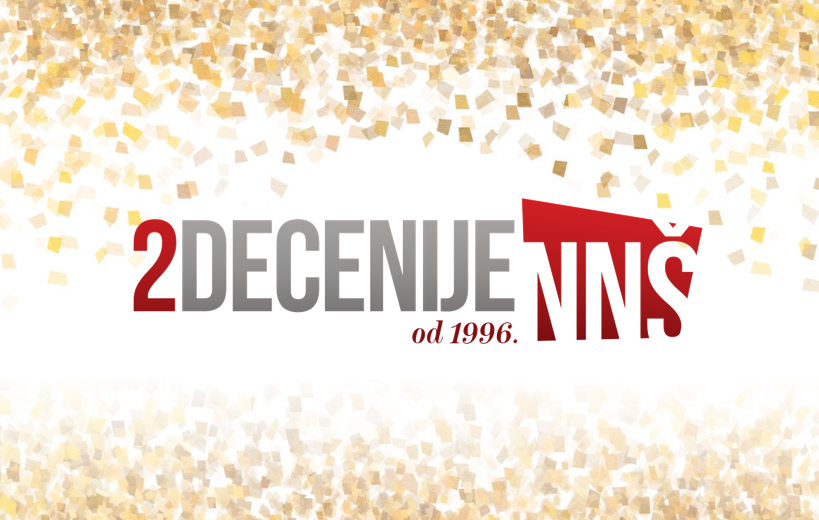 On Tuesday, December 20, Novi Sad School of Journalism celebrated the great jubilee – the 20th anniversary of its founding.

On that occasion, a documentary film about the School’s history was shown, while the Annual award for the best young journalist in Novi Sad was given to Radmila Leovac.

Dubravka Valić Nedeljković and Mirjana Pušin, founders of the Novi Sad School of Journalism, recalled 1996, when the organization was founded with the idea to promote the professionalization of the media scene, which was quite gloomy in that time.

“Many print and electronic media outlets were founded in 1996, which at the same time can be characterized as media boom, but also as media chaos, which should have been fixed”, said Mirjana Pušin. Dozens of young people passed through the NSSJ’s study programs, many of whom have become a big names in the world of journalism.

Over the past 20 years, “only geography, contexts, methods, actors, educators, participants and beneficiaries were changing, but the main goal remains the same – and that is to raise professional standards in the media sphere”, stated Dubravka Valić Nedeljković, recalling Norbert Wiener’s words: “only informed man is a viable one”.

On this occasion, NSSJ production team created a short documentary film, which recalled some of the most important projects of NSSJ, but also its collaborators, students, teachers and friends.