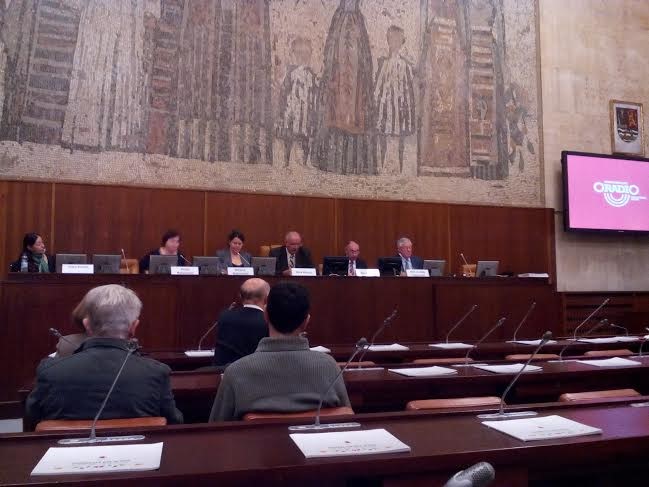 Less than three months is left until the introduction of a new funding system for RTS and RTV. Serbian citizens will be obliged to pay the fee – which is seen as a new, although it is only revived after a temporary suspension. This levy was incentive for debates on the quality of public service media, but also on their future. How much Public Service Broadcasting of Vojvodina today justifies its slogan “Closer to you”? At a public discussion held in the Assembly of Vojvodina, Srđan Mihajlović, director of RTV said that there is a serious misunderstanding of the role and philosophy of public service in the public. A step towards overcoming this problem certainly was made with the establishment of the O Radio, which in less than a year, has become a virtual gathering place for young people.

The public discussion about O Radio was the latest in a series of six debates about the public interest in the programs of RTV. In the audience, however, was extremely small number of representatives of the population which O radio sees as their target group. Klara Kranjc, the editor of O radio, didn’t saw this as a paradox, but as one more confirmation of the fact that young people prefer communication via social networks rather than public gatherings. In only one year O radio reached great popularity, not only in Serbia, but in the region too. On the O radio the listeners have had the opportunity to follow all the relevant music festivals in Serbia and the region. A special achievement for the redaction is the second place on the competition of European radio stations, which was held in Milan.

Klara Kranjc says that on this competition O radio was named “a small miracle from Serbia”. The youngest media of RTV will celebrate its first birthday on November 29th. On this occasion a new website and a new program schedule, with a higher proportion of talk radio program will be presented. A special innovation will be a morning program from six to nine o’clock, because – as they say in the radio redaction – “it’s time for youth to rise earlier.”

Rade Veljanovski, professor at the Faculty of Political Sciences praised O radio as a project with a good program content and quality editorial staff, with a predominance of young people with higher education. However, he adds that this media could experience the full power only if it gets the terrestrial frequency. The program for now can be listened only via online streaming, which limits its accessibility, and therefore the ratings. Systematic changes for the better are possible if the new billing system proves as effective, but also if the public understands that – according to the professor Veljanovski – the public service should be the cornerstone of democracy in any European country.