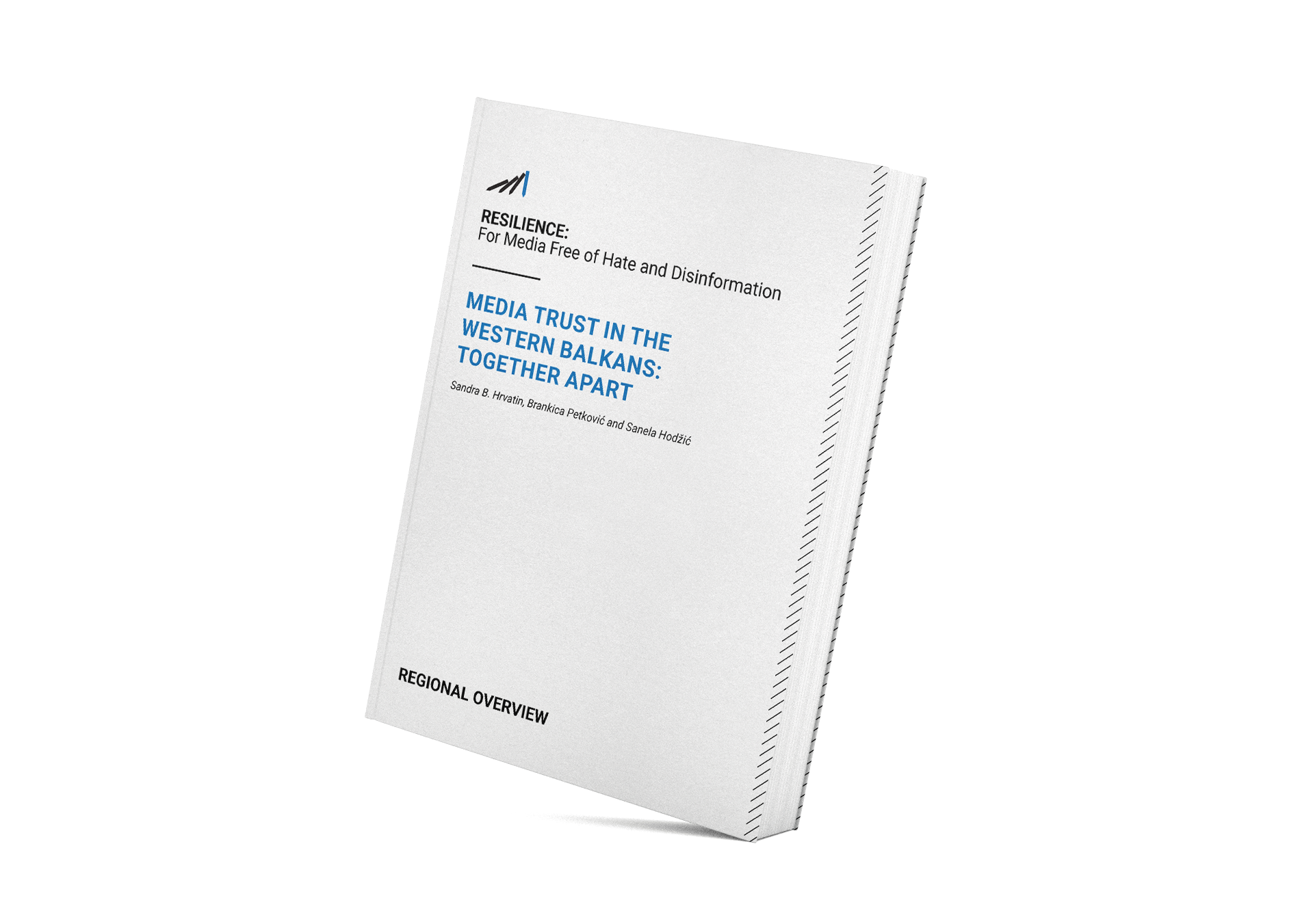 Regional Review of Media Trust in the Western Balkans DOWNLOAD

The publication is the result of research conducted in 2021 in Albania, Bosnia and Herzegovina, Kosovo, Montenegro, North Macedonia and Serbia within Resilience: Civil Society for Media Free of Hate and Disinformation, a regional project financially supported by the European Union and implemented by eight media development organizations coordinated by SEENPM.

In the conclusion, the regional overview notes that the results of the opinion poll carried out in six countries of the Western Balkans indicate strong polarization of the public concerning the information sources they use and trust. This means that citizens’ preferences are hardly a corrective mechanism against hate and propaganda narratives in the region. The half-trust in the media among the citizens of the region (with around half in BiH, Serbia and North Macedonia, or more than half in Kosovo, Montenegro and Albania of citizens who trust news and information sources) is justified in the circumstances where financial and political interference, as well as lack of media resources, mar the trustworthiness and quality of media reporting. However, the opinion poll results also show that citizens’ preferences and trust are steered by a variety of factors, including the existing political and ethnic affiliations of citizens, used by the ruling class as a currency of power. Rational judgement about the quality and trustworthiness of information seems to be falling behind.

The regional overview also provides a series of suggestions for measures to improve public trust in media.

This series of publications completes two collections of studies conducted earlier within the same project, one focusing on propaganda models of media and communication and the other on hate narratives in the Western Balkans and Turkey, both available on the SEENPM website