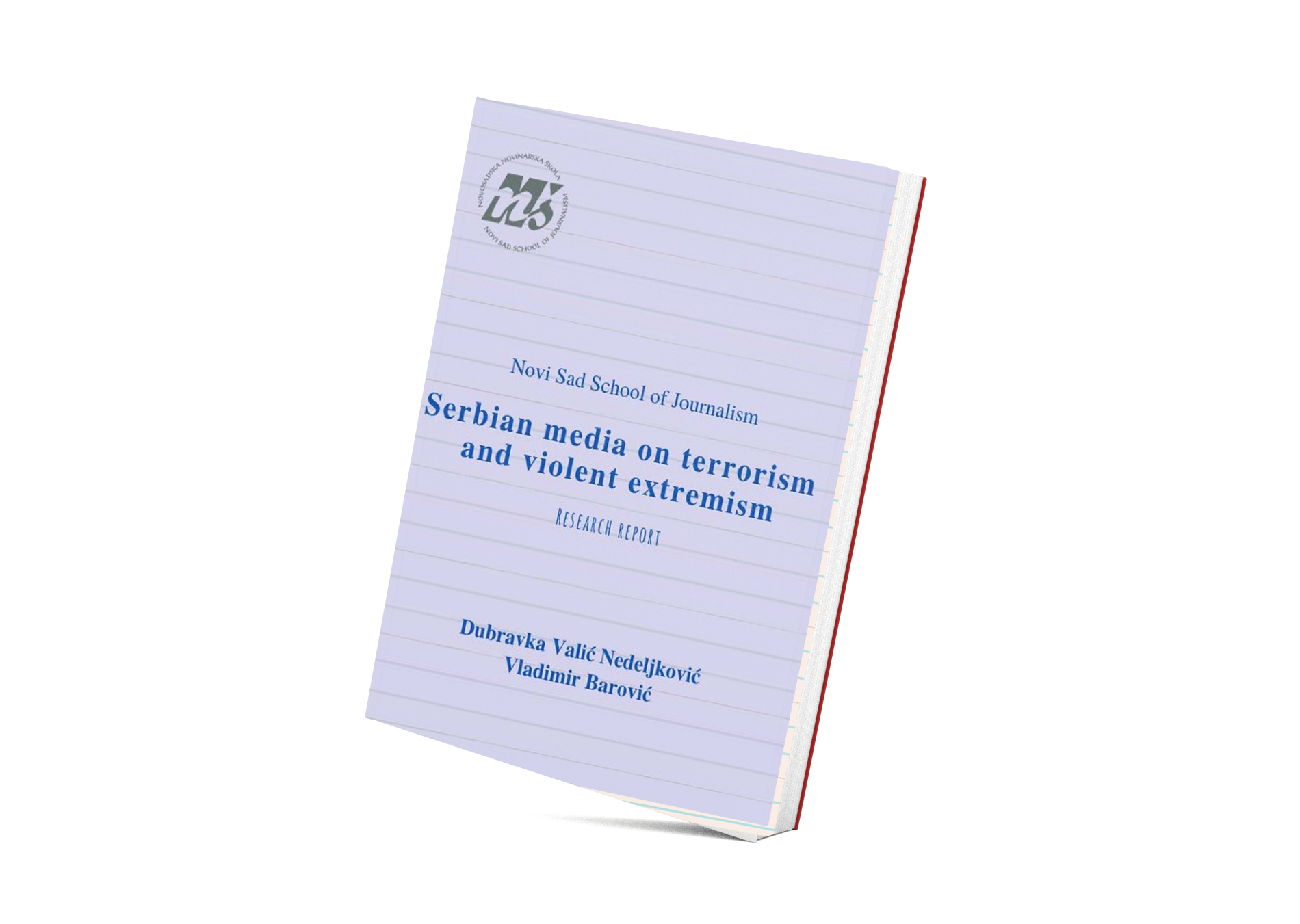 Novi Sad School of Journalism conducted a one-month monitoring of seven media outlets in order to determine whether and in what way the media report on violent extremism, radicalization and terrorism. Also, an attempt was made to determine whether the media in Serbia, by their reporting, contribute to the creation of extremist narratives in public discourse. In addition to presenting the results of the monitoring, this research will also present an analysis of in-depth interviews with media editors and recommendations for a media model of good practice on the topic of terrorism, radicalization and violent extremism. The research was conducted within the project “Enhancement of media reporting on violent extremism and terrorism”, which is implemented with the financial support of the European Union and the organization Hedayah.