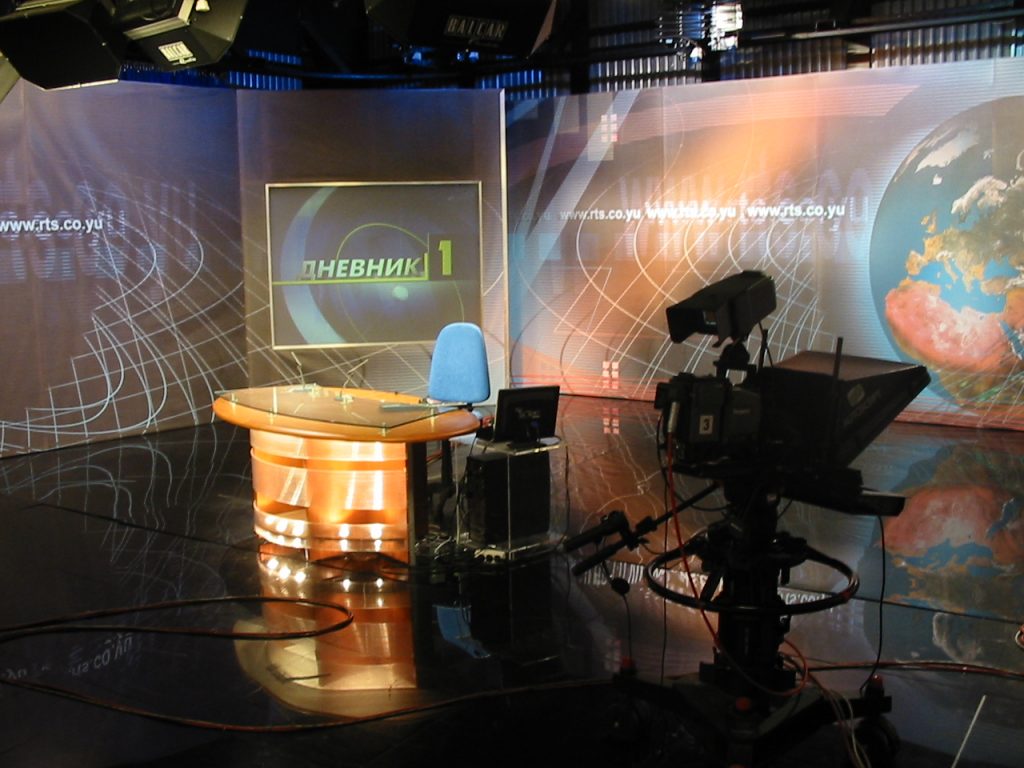 Serbian Public Broadcasters Need to Strengthen their Connection with Audience

Empowering the Program Council and self-regulation mechanisms could reshape public service broadcasters in Serbia, according to a new expert report.

Empowering the Program Council and self-regulation mechanisms – such as introducing the institution of Ombudsman, accepting recommendations from representatives of the audience and making civil society organizations partners in the battle for better public services – these are the key steps that could reshape public service broadcasters in Serbia, according to the report „Citizens’ and Public Media Service: Models of Citizens’ Oversight of Public Media Service” by media expert and journalist Maja Divac.*

The president of the Program Council at the Radio-Television of Vojvodina, Maja Petrovic, stated for this article that many of the steps recommended in the report have already been taken and underlines the necessity of funding PSBs only from citizens’ fees instead of funding them partially from the state budget. We have also sent a set of enquiries to Radio-Television Serbia regarding the recommendations in the new report, but they have not answered by the time of publishing this article.

Keeping an eye on the Program Council

Serbia has two public broadcasters – Radio-television Serbia (RTS), based in the Serbian capital Belgrade, and Radio-television of Vojvodina (RTV), based in Novi Sad – the second largest city. Vojvodina is the northern Serbian province known as an area with 26 ethnic groups, and it is very important for RTV to respect cultural diversity and provide it in its program.

According to the Law on Public Service Broadcasting, bodies that are in charge for public broadcasters are the Management Board, Director-General and the Program Council. The last one takes care of the PBS’ quality of program and audience’s interests.

That is the reason why it is necessary to “keep an eye” on the Program Council even if it doesn’t have so much power and its role is advisory. It is also the only connection between decision makers (RTS’s and RTV’s Board) and their audience.

“Empowering the Program Council means that the public service media should establish their own mechanism that guarantees the implementation of the suggestions that the Council collected from the audience through public debates and contacts with citizens,” Maja Divac told us.

She added that this could be possible if the media laws changed or manner of appointing the Council members.

However, the head of the Program Council of the Radio-television of Vojvodina, Maja Petrovic, said that it is not necessary to establish the Council’s own mechanism for implementing suggestions from the audience that Maja Divac mentioned.

“On RTV’s website, there is an initiative that we launched in 2017 [it is an ad and citizens are encouraged to proactively communicate with members of the Program Council using email]. It is always available. Encouraging the audience to be more active in that communication will empower our role and increase our authority” explained Petrovic.

She added that powers of the Council are defined by the Law [on Public Service Broadcasting] and they are not negligible even if the Council is an advisory body. She is of the opinion that the existing Law is giving them enough power.

“I am sure that some of my colleagues disagree with me, and so far in our sessions they shared their thoughts about asking for more power. But, formally nobody from the Council has signed or sent such a suggestion to the Board (in charge of the Council). In the future, we will have our appointments much more often and will focus on the quality of specific parts of the public broadcaster’s program” Petrovic told us.

Communicating with the public

One of the Council’s tasks is to communicate with the owners of public service broadcasters – their audience (public service is partly financed from the monthly fee that citizens pay through their electricity bill).

The Council communicates with the citizens by organizing circles of public debates in different Serbian cities. Debates are open for everybody who wants to share impressions about public service program: topics covered, quality level, professionalism, objectivity and diversity. Members of the Council are obliged to consider all suggestions, criticisms and impressions; they submit reports on public debates, including recommendations, to the management (director general and managing board) and from then on it is up to the management to adopt and potentially implement the recommendations.

Since 2015 there have been three circles of public debates. Right after the first cycle, the group of experts did the evaluation of citizens’ feedback and summed it up in a publication. The expert Maja Divac was in that group. She claimed that her colleagues and herself sent their summary to the heads of public services and to their Boards; however, almost nothing was implemented.

Divac thinks that public debates should be better planned and provide much more space for audience’s impact.

“There is a small progress. For instance, Radio Television of Vojvodina posted a poll on their website so that the audience can answer online what they think about RTV. But, if you look at the questions in more detail you will realize that they are focused on irrelevant issues and posed in a way that does not lead to fruitful responses that could be a basis for change” noticed the media expert.

“I am sure that social networks could be a very efficient model for communication with the audience, but I am not sure if it is the most suitable one,” Maja Petrovic said.

Establishing the institution of journalists’ Ombudsman could be the solution for improving the communication with the audience, while it is also a mechanism for self-regulation, media expert Divac suggested.

“Ombudsman usually has its own TV program on public service media – France and Spain do have that. They broadcast it live once a week and with their guests – journalists, editors, representatives of the audience – debate on how the public broadcaster is doing its job” explained Maja Divac.

Beside Britain’s BBC, whose system of communication with the audience is almost perfect, including the Department for audience complaints, France and Spain could also be “role models” for the relationship with the audience, Divac said.

In France, the Ombudsman is called “mediator”, and in Spain it is “the protector of the audience”. In Spain, the Ombudsman invites people to make a video, up to 20 seconds long, asking a question or stating ideas on how to improve public service program. The PSB broadcasts those videos and the Ombudsman discusses them with its guests.

In the region of South East Europe, Croatia has a similar mechanism and Slovenia established it more than ten years ago. Before establishing the institution of Ombudsman, broadcasters in Serbia first need to work on internal program codex and editors’ guidelines so that the Ombudsman could use them in its work, suggested Maja Divac.

“Using precise guidelines, the Ombudsman could easily decide if there is some violation of the broadcaster’s remit. Almost every public broadcaster in Europe has such guidelines. BBC’s guidelines are very detailed, innovative and have been worked on for decades. Other broadcasters could use them if they require permission from BBC”, Divac told us.

She added that Serbian public broadcaster RTS worked on such a document years ago, but it has not been published yet.

The head of the Program Council of RTV, Maja Petrovic, stressed that the Council’s priority is raising awareness about the position and remit of the PSB, while she did not mention introduction of the Ombudsman as a priority.

“In the first place, we should implement the basic thing that the most developed European countries have – responsibility towards public service in terms of financing. A broadcaster financed only through a fee that citizens pay is a prerequisite for objective and high-quality program”, Petrović concluded.

* The research report was done within the program “Freedom of expression and public informing”, funded by the Foundation for Open Society, Serbia. It is available in Serbian only.

The article is a contribution by the Novi Sad School of Journalism, a SEENPM member.