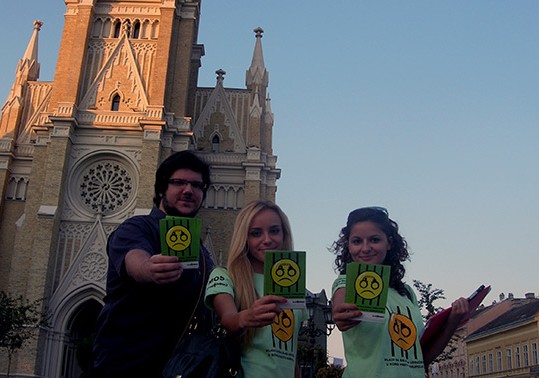 Street action: What is corruption?

A group of volunteers, lead by the Novi Sad School of Journalism on Saturday 31st of August in the city center of Novi Sad held a street action called “What is corruption?“ The citizens have had the opportunity to fill out a speach balloon with their own opinion on corruption -what, in their opinion, corruption is, and whether and to what extent it is present in Serbia. At the same time, they were handing out promotional flyers to citizens as well.

Project Coordinator of the organization PROTECTA from Nis, Zorica Stevanović, believes that corruption is a major problem in the Balkan countries which are currently undergoing a period of transition and therefore face the same problems, adding: “Corruption and lack of tolerance in the society are primarily related problems of transition. Young people should be aware of the necessary changes, as well as involve themselves in the process of improving the quality of life and decision making.”

Stevan, one of the volunteers during this action, added: “I took part in this action because I believe that corruption is a major problem, both in Serbia and the Balkans in general. I really like the idea that people can freely and openly share their vision of what corruption is, but also I think that it was quite devastating that a lot of people did not want to take pictures with their opinion. This shows that people are still scared and that they believe that the system which fosters corruption in Serbia is stronger then them. I believe that actions like these are a good start in the fight against corruption, people need to be informed about the various forms of bribery and to see that they are not the only ones who consider corruption an obstacle to the healthy functioning of society. Whether it’s chocolate for secretary or nurse, or 6,000 euros for the position of a Government official, corruption should be eradicated, so that the honest work and effort could be valued.”

This action was part of the project named Youth from the Balkans united in the fight against corruption, which was implemented in cooperation with the civic organization PROTECTA from Niš and the Ministry of Youth and Sports of the Republic of Serbia. The first part of the project was an international training workshop on corruption which brought together young people from Serbia, Macedonia and Bosnia and Herzegovina on the idea of ​​non-violent struggle against corruption, respect for and promotion of the principles of legality and lawfulness. In the final part of the project young people from these three countries have organized similar actions in their communities. 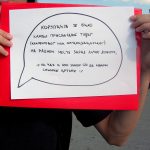 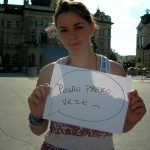 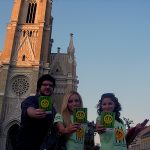