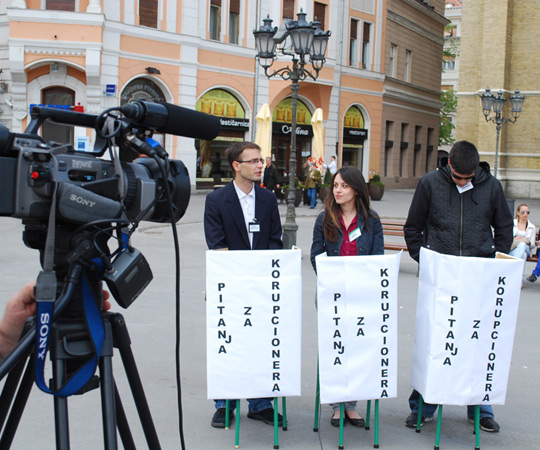 Student Action on corruption in politics, part of the “Corruption Interruption” project of the Novi Sad School of Journalism, was held today at two locations, in the students campus and at the city centre.

Students of the Department of Media Studies from the University of Novi Sad have organized a public quiz “Who wants to be a corruptionaire” where they addressed the public through humorous dialogues, reminding them of the most important headlines of the media that the public had the opportunity to hear and see in recent years. Citizens were also given informative material in the form of a blue envelope, as a symbol of corruption.

The performance was a form creative protest of journalism students against corruption, one of the most important issues that Serbia is facing today, a goal of the campaign is to raise public awareness about corruption. 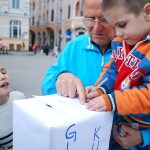 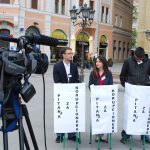 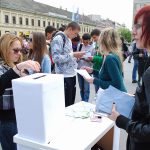 Project of Novi Sad School of Journalism is financed by IPA.