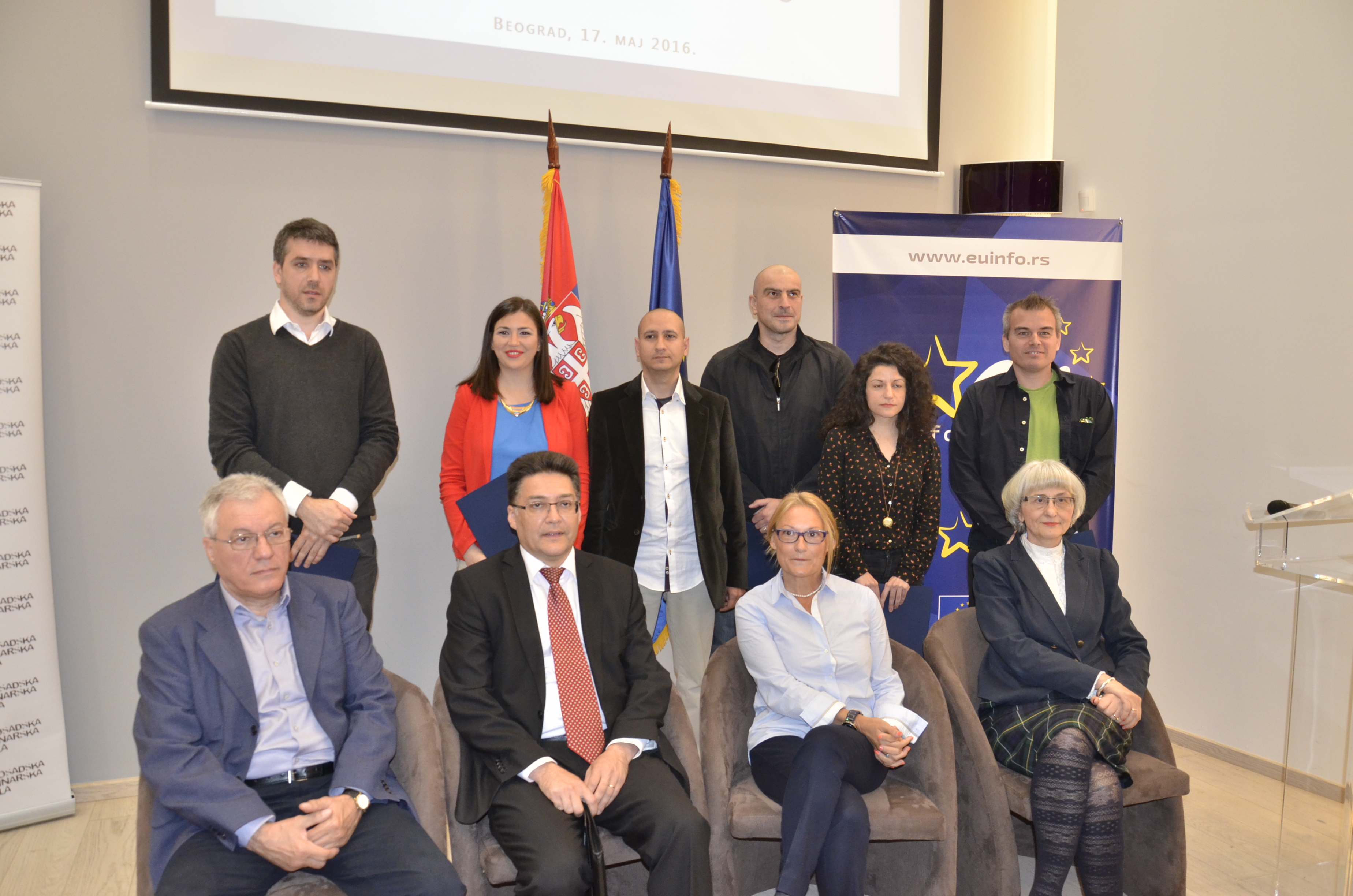 Winners of the EU Award for Investigative Journalism announced

The winners of EU Award for Investigative Jorunalism have been announced today in EU Info center in Belgrade, second year in a row.

First prize winner, Aleksandar Đorđević, was chosen by the majority vote of the jury. His investigative story “Pumping of digs and budget” has been published in the weekly Vreme in January 2015. His article about the Tamnava coal mine rehabilitation caused a great public debate about corruption and waste of budget money. The second prize was given to Darko Šper from investigative centre Voice, for the series of articles dedicated to the judical process for forbidden neo-Nazi organization Nacionalni stroj, while the third prize winners are Ivan Angelovski, Petrit Collaku, Kreshnik Gashi and Jelena Ćosić from BIRN. They are aworded for the story “Veselinović and partners got millions without tenders”.

Aleksandar Đorđević, whose story won the first prize, said that this award makes him very proud, but in the same time it creates the feeling of great responsibility, because the investigative jorunalists don’t have right to make mistakes. 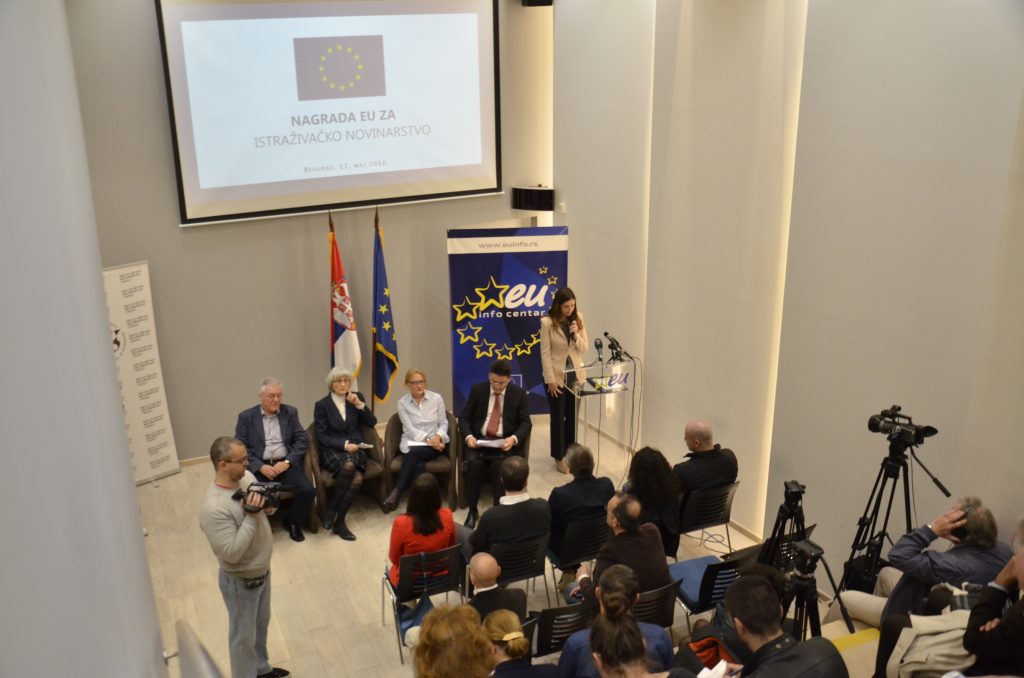 Ramunas Janušauskas on behalf of Delegation of EU in Serbia quoted the words of support from Andris Kesteris, principal adviser in DG NEAR. Kesteris said that without critical and independent media there is no chance for a good governance in the country, nor a properly functioning democracy.

This year, EU Award for the best young investigative jorunalists has been awarded for the first time. By unanimous decision of the jury it went to Snežana Đurić and Novak Grujić, for the series of articles “Municipal radar”, published on the website “Pištaljka”.

A total of 37 nominations from different media outlets and productions have been submitted for this year Call for the EU award in Serbia. Members of the jury were Brankica Stanković, the editor in chief of Insajder.net, Ljubica Gojgić, journalist of public broadcaster RTV, Rade Veljanovski, professor at Faculty of Political Sciences, Vladimir Barović, professor at Faculty of Philosophy, and Miroslava Milenović, the member of the Anti-Corruption Council.

The jury concluded that investigative jorunalism is mostly present in unconvential media outlets, such as websites and investigative networks. The president of the jury Miroslava Milenović emphasized that investigative journalists are important factor of every society, which means that this award is a positive impulse for media in societies like Serbia, to continue to collect facts and documents and to make them see the light of day.