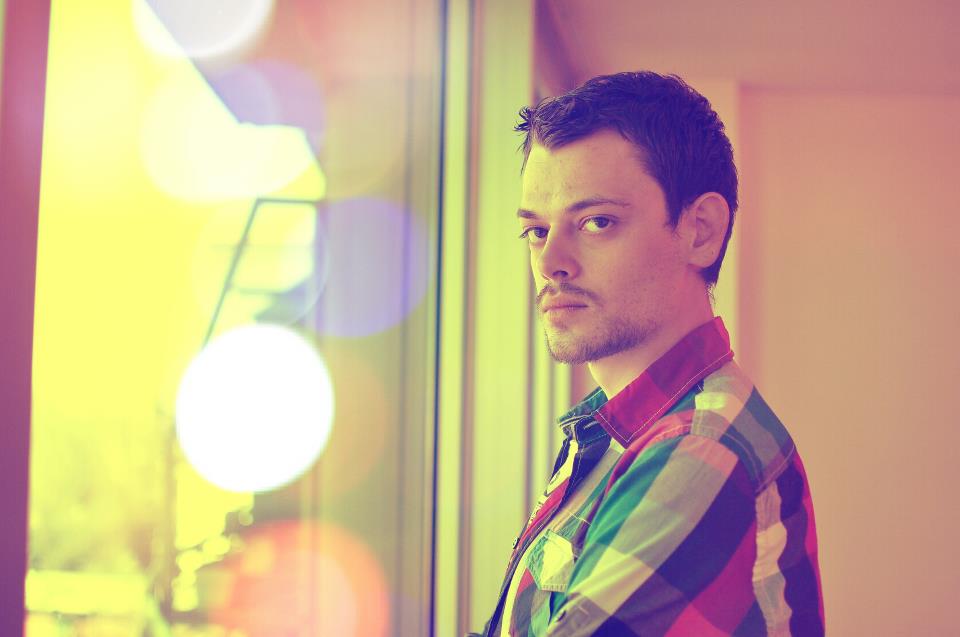 Interview – Željko Stanetić: If your words can cause someone to be beaten up, than that speech must be sanctioned

Željko Stanetić is a director of the non-governmental organization “Vojvodina Civic Center” (VCC), a journalist and a human rights activist from Novi Sad. VCC brings together young people who are working on the development of a responsible attitude towards the events from the past and who are responding to the bad things in the present and trying to change and improve the environment in which they live. Among other things, VCC organized a screening of the film about the siege of Sarajevo “Sarajevo Roses – Terror in 12 images”, a panel discussion on the International Day of Missing Persons. VCC is also a member of the Coalition for RECOM (Regional Commission for Establishing the Facts about War Crimes). In the current project “Objectively Better” it deals with the removal of hate graffiti from the streets and facilities in Novi Sad.

How much hate speech is widespread in our community?

It seems to me like hate speech slipped into our everyday language to such an extent that it no longer can be determined in which area is present and in which is not. It is present everywhere. In the project “Objectively better” we did a mini survey in which we compare what is on the facades of city streets. For example, the Jewish street has the highest number of swastikas and the City allows this. In my opinion, this is not only a problem for people who draw these but also the problem of those who are competent to take it off or to react to something like that, to come out and speak up against it. It is present in the media, said by people who should show a proper value system, and it’s beautified to the extent that it is acceptable to broadcast. It is also present in educational institutions. A few days ago I heard from a colleague from the Faculty of Law that they have a textbook required for the exam in which homosexuality is still referred to as a disease: it is mentioned that homosexuals are more prone to some criminal activity… Now, I really doubt that this professor, who managed to get a job at the University and to write a book somewhere missed the fact that in 1994 homosexuality was removed from the list of diseases. And so, it is nothing but his personal touch and the opinion which is particularly problematic because he is someone who speaks about this to young people who should learn something.

If we went in the opposite direction and looked for the places where hate speech is not present, where would we end up?

I think there is no trace of it within closed circle of civil society, although it eventually goes into some extremes, such as the conflict between ’Peščanik’ and ’E-newspapers’. It is not present in the circles of people who are trying to change the situation, but these voices are not strong enough to change anything. The things we would find are not spaces, those are the dots freed from hate speech, civil society organizations, informal cultural institutions that are still somewhere safe from the insanity, but if this goes on, hate speech will become acceptable, because the borders of permissibility of hate speech are moving each day.

Who has a key role in spreading the hate speech?

Quasi intellectuals have a decisive role: first, those who are very noisy and second, intellectuals who are very quiet; everything else is a consequence. Holders of the most extreme hate speech are certainly extremist groups and organizations, but they receive stimuli from the intellectual elite. With a justice minister who behaves in a certain arrogant way, with a representative of the church who has an incredibly strong influence and a very weak “packed” hate speech, I think that we can not even begin to solve the problem. They should all have a moral obligation to fight against hate speech. Because if they behave like this, what can we expect from the groups as “Naši”, “1389” and similar.

How can the media escape hate speech and avoid to fall into the trap of censorship or restriction of freedom of speech?

As I consider myself a fighter for human rights, I often hear how bad it is of me to say that someone should have duct tape over their mouths, which I thought and still think is needed in terms of the approach to the extremist groups and organizations. The line has to be drawn. Because one has the right to say whatever one wants; ultimately, everyone’s got even grater freedom to do whatever they want and that freedom cannot be taken from them, but if your words can cause someone to be beaten up and for his rights to be denied, that speech must be sanctioned. If you think it’s your right to exclaim words of hate towards, for example, the Roma in the center of the city, not only the media does not need to report that, but you should suffer sanctions. Of course it is difficult to weigh it. I’m not for censorship, especially because I am a trained journalist and consider that unacceptable, but even tough I believe that some things must be labeled as unacceptable, if not legally then at least with some common sense consensus among journalists. For instance, I consider it to be terribly rude to call on the show that deals with “Pride Parade” representatives of the group “Obraz” Mladen Obradović, because he cannot be aproper interlocutor with regard to the fact that members of these organizations were directly involved in violence against the group of peoplefrom the Parade.

How would you rate the response of society to hate speech?

We are appalled when kids beat up the professor because they thought he was gay. Then the citizens show their disgust: “Uh , terrible” they say. But I think everyone is afraid to act out. Parents made a protest against the violence among children and dozen people showed up. And in those situations we can see the level of awareness about the need to fight. On the other hand, we shouldn’t blame the people, because they are dealing with personal and existential problems and it is difficult to decide to fight for something. The level of identification is low, as something always happens to someone else and empathy has been reduced to a minimum when it comes to the most diverse phenomena. Then again, the public space… It’s confusing, it’s not even just black because you do not know how to install yourself in it and what is good and desirable and what’s not. At the same time, sanctions for bad acting are nowhere to be found. That’s why I think that people are frightened in terms of: “If I go out there and do something I will be vulnerable, endangered, and nothing will change. Just shut up, lower your head, look out for yourself somehow as you can, and then it will all probably work out; it will be better and you will fix something.” But it will not be fixed because we fall deeper and deeper. I don’t know when we’ll get to the point that we have to react because we have nothing more to lose. And I think we reached that point a long time ago.

What influences have the right wing groups in our society?

The right wing groups I consider to be informal or semiformal groups that allow savagery in their internal arrangement, but some political parties act the same. There is an organization called “Srbska akcija” which taped the whole town in “Pravoslavlje ili smrt” and no one removed it or considered it to be a problem, and lately they are quite active.

There is a political organization called “Treća Srbija”, which uses a rather illegal model to take the money from the budget in the name of “Dveri”. This is the fault of the disorganization of the country because you do not know what represents a group, what is the system and that each group regardless of how you behaved at any time can enter the political system of this country without changing their habits.

When talking about the right wingers I also have to mention a Democratic Party of Serbia, although they try not to look like members of right-wing organizations, at least not in the public discourse. But they somehow “pack” their opinions and challenge the extreme groups to say what they omitted to say. I think that the biggest problem is not the spoken word from the members of right wing organizations, but the lack of reaction to it. As much as I am against the “Obraz” , “1389” , “Srbska akcija” and others I think that they are not solely responsible for hate speech because this can also be prevented. If we had a better organized judiciary and prosecution we might have had a smaller problem. Because the existence of right wing organizations and their courage to say what they say is the initial problem, but the bigger problem is the reaction of the state institutions which should be clear. What is even more bizarre, as much as it is in chaos the country has a good legal framework within which it could sanction such phenomena.

What do you think- whose job is to solve this problem?

First and foremost -the legal framework is good. It can always be improved, but if you look at it logically, the most important is the police, prosecution and judiciary. We often hear that someone is previously known to the police for his crimes, and so it happens that someone who is 13 years old has 97 criminal charges. With new criminal charges not being prosecuted we are losing hope that this society can normally function because with every crime that remains unpunished we give the force and strengthen the ability of rioters to do some things because they know they will not be punished. And this range goes from small newsstand hooligans to the politicians saying unacceptable things and not being sanctioned by law nor by his own party. I would be very pleased if I at least in one case saw someone accountable for what he did and then for this action to stand out as a positive example for troubleshooting. But none of the areas is regulated. The real answer to this question is: it’s everyone’s job and it should be done as soon as possible!

What is your suggestion on how to resolve the community problem?

For everyone to focus in the field in which they work and to see what it could be done and changed. A journalist who writes news should think about what he is going to write in terms of our theme; the teacher in secondary and elementary schools should deal with a child in a pedagogical manner as well; the parents should check what their children are wearing in their bags, and unfortunately they wear cleavers and knives; the police should not tighten control of pedestrians, but of people who are killing in the city. Everyone should do their own best.

The interview was done in the framework of the “Orientation: Forward!” project of Novi Sad School of Journalism and Nansen Dialogue Centre Osjek and supported by the European Commission in the framework of cross-border program Croatia-Serbia. The photos were taken from Facebook profile of Željko Stanetić.