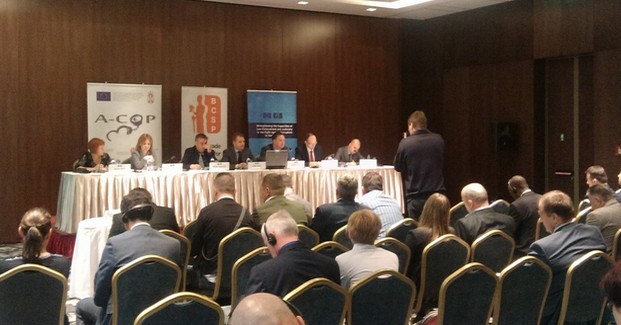 Citizens recognize the police as one of the most corrupt sectors of  the society and one of the largest generators of corruption, which is why it is necessary to determine the types of corruption and systematic measures for its eradication, it was warned at the opening of the international conference “The risks of corruption in the police force and strengthening the integrity of the police,” which was held on Tuesday, June 2, in Belgrade.

The aim of the meeting organized by the Belgrade Centre for Security Policy and the Council of Europe was to determine the greatest risks of corruption in the police, ways of building an institution that has integrity and how to help the police to establish law without corruption.

Milosav Milickovic, the newly appointed Secretary of State in the Ministry of Interior in his first address to the public, since a few days ago appointed as Secretary of State, stated that the fact that Serbia was for many years referred to as one of the countries with high levels of corruption and pointed to numerous legal decisions made ​​in regards to that.

“Sector of Internal Control receives a number of anonymous complaints and petitions from police officers, and this data may only be known to law enforcement officers. The number of complaints about corruption in the police force would increase with the adoption of whistleblower laws, which would regulate the protection of the persons who report corruption, “said Milos Oparnica, Head of the Sector of Internal Control.

Director of the Anti-corruption Agency Tatjana Babic warned that citizens can no longer financially sustain petty corruption, and that it is high time the citizens took matters into their own hands by restoring confidence in the institutions and by not tolerating this kind of corruption anymore.

Head of the European Union Delegation to the Republic of Serbia Michael Davenport and the Head of the Council of Europe Antje Rothemund also spoke at the conference about the importance of the fight against corruption in the democratic consolidation of the process of European integration.