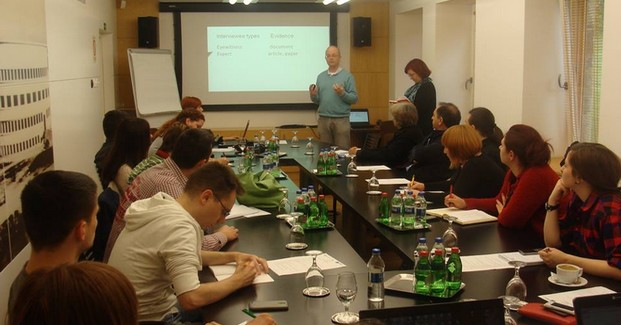 Seminar on the techniques of investigative journalism

Journalists of PBS Radio Television of Vojvodina and students of journalism during the weekend attended a training on advanced online and offline research techniques in investigative journalism. This seminar is the second of four educational activities within the project “AgrarCor” that is implemented by the Novi Sad School of Journalism in partnership with PBS Radio Television of Vojvodina.

Divided into research teams, journalists and students will investigate corruption in agriculture in Serbia and make a series of television and radio shows on this topic. Investigative process will start in April. All the material will be shooting during the summer months and the broadcasting of the TV and radio shows is expected at the autumn 2014. The project “AgrarCor” is supported by the European Commission, Delegation of the EU in the framework of the program “Strengthening media freedom in Serbia”.