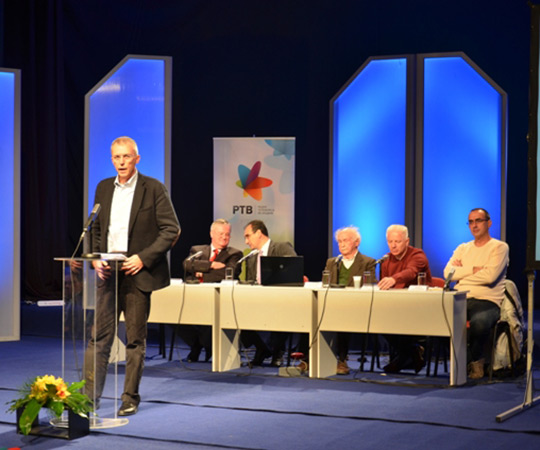 RTS and RTV will be public institutions

State Secretary at the Ministry of Culture and Information Gordana Predić said that both Radio Television of Vojvodina and Radio Television of Serbia will continue to operate as public institutions under the new Public Information and Media law. Independent media expert Goran Cetinić, at a conference devoted to the development strategy of RTV drew the attention to how the Secretary of State has not defined what exactly is meant by that, because according to our legislation, public institutions are established by the Government of the Republic of Serbia. Such a solution would not coincide with the provisions which EBU (European Broadcasting Union) has for public broadcasters.

Predić said that RTS and RTV should have equal status and that the state has to provide stable funding for both of these public broadcasters. She added that the draft of the Media Law contains plans that the Government of Serbia and the Government of Vojvodina within two years provide an adequate building for RTV, as their television building was completely destroyed in 1999. by the NATO bombing.

Head of the Media Department of the OSCE Mission to Serbia Dragana Nikolić-Solomon said that RTV should exist to serve the citizens of Vojvodina. She assessed that Serbia is late in making decisions for stable funding of public broadcasters.

The president of the Independent Journalists’ Association of Vojvodina, Dinko Gruhonjić said that citizens who pay the RTV subscription become shareholders of this public broadcaster. He pointed out that these shares do not involve money, but rather the fact that the citizens can then expect from public broadcasters to present a quality informational, educational, cultural, as well as content for children and young people which no commercial television can provide.

Provincial Secretary for Culture and Media Slaviša Grujić said: “We don’t seem to be able to convince people about the need for public broadcasters.” Grujić said that there has to be realistic ratio between the two public broadcasters in Serbia when it comes to budget financing. He said that the greatest burden is the fact that RTV is overstaffed.

Director General of RTV Srdjan Mihajlović stated that the public broadcaster made its own development strategy which will be implemented by the year 2017. and said it was a realistic period of time in which the media outlet can be transformed into a modern public broadcaster. He added that the strategy includes restructuring, rationalization and systematization, as well as technical and technological improvement. “We expect from Serbia and Serbian province of Vojvodina to provide a stable solution for the financing of RTV, and to help us get the basic working conditions,” Mihajlović said, adding that RTV is expecting to receive the same kind of help that the state has given to RTS. 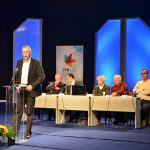