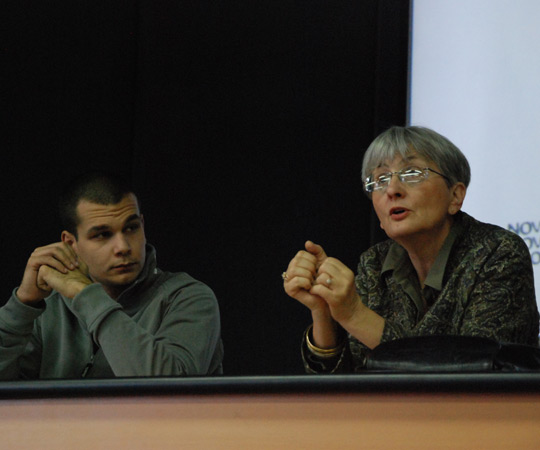 Participants in the discussion pointed out the importance of the role of individuals in the fight against corruption, as well as the importance of student organizations in a joint struggle to achieve the objectives. Professor Dr. Dubravka Valic-Nedeljkovic said she is convinced that the way out of lethargy, which young people are inclined to, can be found only through open discussion. President of the Students Parliament of the Faculty of Philosophy Šujica Alexander informed the audience of the ways in which they can report such cases to the competent student bodies, while the President of the Students Parliament of the Faculty of Economics Stefan Dujović, supported the talk about the importance of student organizations with recent examples of failed actions of students of Faculty of Economics, pointing out that one should first use all the legal means, and then, if this proves to be unsuccessful, organize protests.

As well as this, the results of a survey on perceptions of corruption in higher education conducted on a sample of 139 students of Novi Sad university were presented. This was followed by a half-hour discussion in which students presented their experiences in the encounter with corruption cases, pointed to some forms of corruption which because of their frequency are not perceived as such, and discussions with guests on institutional corruption in higher education institutions.

Project Coordinator Agnes Curcic Asodi announced the upcoming student activities which are a part of “Corruption Interruption” project, and invited all interested students to visit Novi Sad School of Journalism and participate in future activities. 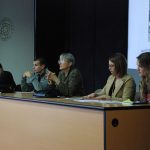 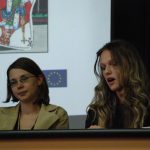 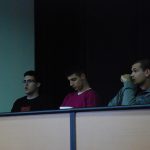 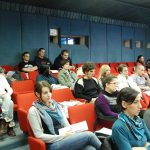