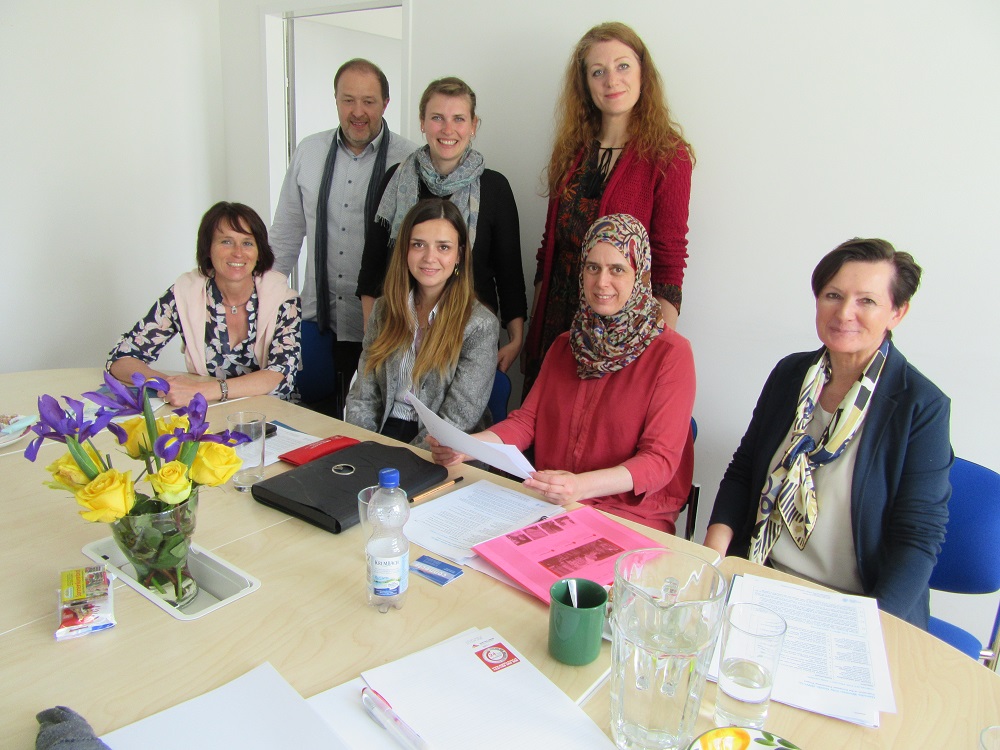 The partners in the project gathered in Vienna

The representatives of the organizations from Germany, Austria, Hungary, Romania and Serbia, which take part in an international project „Danube women city guide“, have gathered in Wien on the 4 th and 5 th May 2017 in order to agree on further acitivities and cooperation.

On this meeting Novi Sad School of Journalism was represented by program unit manager Marina Kovačev, who was joined by two other participants from Novi Sad – Vuk Radulović and Tamara Zelenović Vasiljević from the Foundation NS 2021, which is going to take part in the implementation of the project at the local level.

After the partners in this project had presented their organizations and planned acitivities, they took a touristic boat ride to Bratislava and later had a thematic tour of Vienna, given by a feminist and researcher Petra Unger.

The aim of the project is to strengthen the visibility of women’s history in Danube cities, through emphasizing their historic significance and informing the public about that. Until July 2018, city tours about historical and contemporary women figures of Novi Sad are going to be organized. In addition, articles are going to be published on a joint project website, which is later going to be turned into a publication in English. There is also going to be a quiz on women’s history and a presentation of the project at the Danube Festival in Ulm 2018.