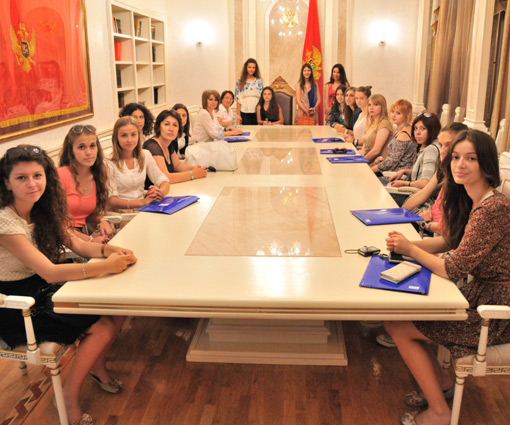 Visit of Montenegrin institutions within the project “Ladies Diary of Change”

During the second day of the seminar in Podgorica, within the international project “Ladies Diary of Change”, the participants visited the Parliament of Montenegro, Office for Gender Equality and non-governmental organizations “Center for Civic Education” and “Juventas”.

The Parliament of Montenegro, the participants visited the hall in which sessions are held. They were introduced with the work of the Montenegrin Parliament with emphasis on involvement of women in politics. Participants had the opportunity to learn about the organization and structure of the Montenegrin Parliament, its jurisdiction and functioning. They were particularly interested in the issue of women’s representation in the current mandate of Parliament because they were told that of the 81member of parliament only 11 are women. What is currently happening is the public pressure on politicians to change the current law on the election and introduced a quota system. This would provide a minimum of 30% of women in parliament.

The representative of the Office for Gender Equality, Irena Boskovic, spoke about the current status of women in Montenegro. She said that the tradition of conservative society is difficult to change. The position of women and other vulnerable groups is highly unfavorable, but many non-governmental organizations in cooperation with the Office for Gender Equality are working to improve this situation. Boškoviceva emphasized the importance of using gender-sensitive language. She said that unfortunately, in Montenegro there are many women who refuse to use it and the reason for that is lack of awareness and wrong perception. “The use of gender-sensitive language contributes to raising awareness of equality between women and men,” said Boskovic.

During the visit, “Centre for Civic Education” and “Juventas” participants were informed about the various programs that are implemented by these organizations.

The project, titled “Ladies Diary of Change” is supported by the European Commission. Partners of the Novi Sad School of Journalism are the Montenegro Media Institute, the Women’s Association “Aureola” from Pristina and the Greek Foundation for European and International Policy – ELIAMEP. 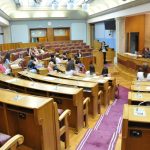 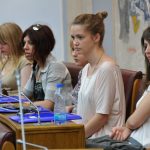 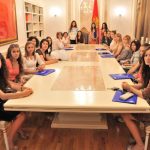